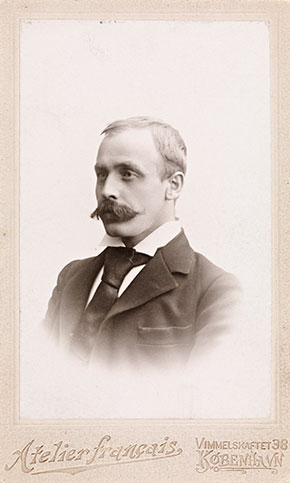 Strongly influenced by the French poet Charles Baudelaire, his writings have often been described as the literary equivalent of Edvard Munch’s paintings; indeed, the two were friends. Obstfelder was a source of inspiration for Rainer Maria Rilke’s work The Notebooks of Malte Laurids Brigge.

Although known more for his poems, Obstfelder also wrote and published prose works. His first published prose were two short stories, which came out in 1895. The following year he published his famous novel Cross. In 1897, he published a play, The Red Dråbe, which was listed in the National Theater in 1902. Several of his works were published posthumously, including the unfinished A Praest’s Diary(1900). His journals from his stay in the U.S. were also published. In 2000, on the occasion of the 100th death anniversary of Obstfelder’s death, a collection of his works was published.

Obstfelder is widely regarded as the first Norwegian modernist poet. His poems have left an indelible mark on Norwegian poetry. Choosing to depart from the traditional “rimtvangen” and the rigid structure of typical Norwegian verse, he created his own free verse, which was marked for its musicality. His poems are often tinged with anxiety, loneliness and alienation as well imparting a spiritual inclination. His poetry is considered by many to be the literary counterpart to expressionist art of Edvard Munch.

Obstfelder lived most of his life as a pauper, and never stayed in one place for very long. By all accounts he had an unstable mental health, and suffered several nervous breakdowns. He died from tuberculosis in Copenhagen in 1900 and was buried on the same day his only child, a daughter, was born.