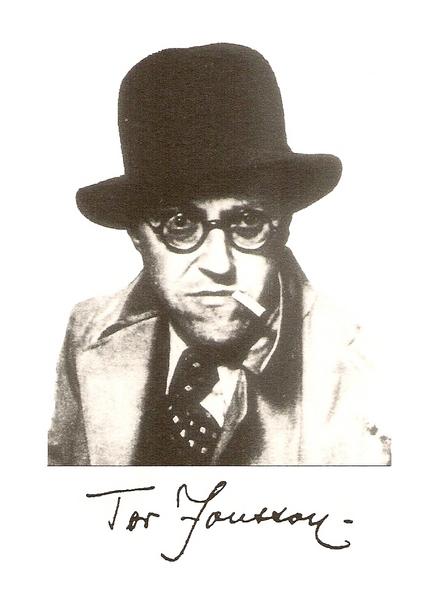 Tor Jonsson (1916 – 1951) was a Norwegian author and journalist. He is known for simple, strongly worded lyric poetry, but his poems stir up conflicts and a sense of loneliness. One senses a strong resistance to the legacy of national romantic spirit in his works.

His birthplace and childhood home was in Boverdal valley in Lom, Oppland, Norway. Jonsson lived in great poverty with a sick mother who was nearly helpless. His father also had difficulties and all the family lived in poverty. Tor Jonsson’s father died early and Jonsson had to work on a farm and as a garden laborer, and later as a printer. He had a troubled mind and in his childhood years was considered to be unusually focused, even to the point of becoming obsessed with a topic once he became interested in it. Jonsson was strongly influenced by these young years, as is evident in his poetry, which conveys a sense of long shadows falling around the author. The radical, intellectual, and energetic Tor Jonsson sought love, but was unsuccessful in achieving his desire, although he was well liked and had many good comrades.

In the years from 1943 through 1948 he wrote several collections of poetry which were published as ”Mogning i mørkret”, ”Berg ved blått vatn” and ”Jarnnetter”. In 1945 he moved beyond farm and garden labor and became a journalist with the ‘’Dølenes Blad’’ just down the valley in Otta. In 1946 he was editor for ‘’Hallingdølen’’ for half a year.

When his mother died, Tor Jonsson left his home town and in 1950 he moved to Oslo. In 1950 his collection of articles, “Nesler,” was published, followed the next year by “Siste stikk”. There he also became obsessively enamored with the journalist Ruth Alvesen, but she did not feel a reciprocal interest. In 1951 Tor Jonsson committed suicide.

He was awarded the The Norwegian Critics Prize for Literature posthumously in 1956 in recognition of the enduring character of his work.

From Wikipedia, the free encyclopedia