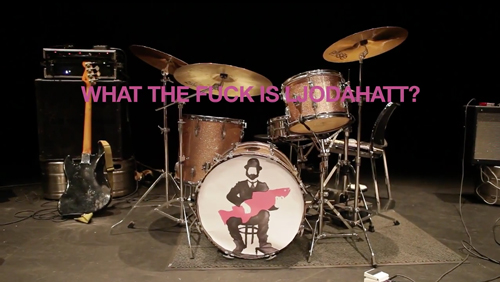 Ljodahått, norrønt ljóðaháttr is a kind of verse used in ancient Norwegian poetry (Edda).  It originally translated as “trollsong” or “magic song” but also means contradictive voices/tunes put up against each other.

Ljodahått is a project initiated by the norwegian actor Magne Håvard Brekke who has drawn the repertoire from both the ancient and the modem (from Edda to Henrik Ibsen, Knut Hamsun or Tarjei Vesaas…) and has brought together some of the best humans and artists that he met on his journey throughout Europe: actors, musicians and composers. Together they put these poems into music and perform them in norwegian in a true fusion of genres.

This was written when Ljodahått played at festivals in Edinburgh, and we like it :  «This group take their name from a verse form in Old Norse poetry.
“Ljodahått” can be roughly translated as “magic song” or even “trollsong”, but what they do is a lot more complex than the assortment of grunts and growls from the average beast-beneath-a-bridge. Ljodahått take the work of Norwegian poets – mostly from the late 19th to early 20th century – and compose original music to fit alongside. Think of something in between Arcade Fire and Leonard Cohen and you’d be on the right track: poems and lyrics sung and spoken in norwegian to the accompaniment of a band that can reach up to 11 members. At times they can be slow and lilting, at others they shift into something closer to rock and pop. It’s an intriguing range that reflects the polyglot backgrounds of this group of Norwegian, French, English, German, Swiss and Austrian musicians and composers. Lead man Magne Håvard Brekke set up the project after 25 years of wandering Europe. His ambition is to celebrate Norway’s cultural heritage of poetry and music, exploring how one can inspire and transform the other. The words could be taken from Nobel prize winner Knut Hamsun, or poet-cum-lumbeijack Hans Børli, but the music is all original composition. And although the vocalists hail from across Europe, everything’s sung in Brekke’s native tongue. Don’t let this put you off: even if your Norwegian is a little lacking, it sounds pretty good all the same.»

From a concert in Paris : 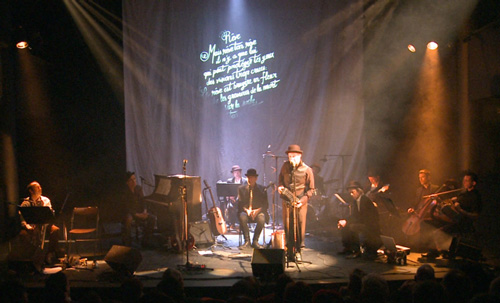 Preparations for a concert in New Dehli : 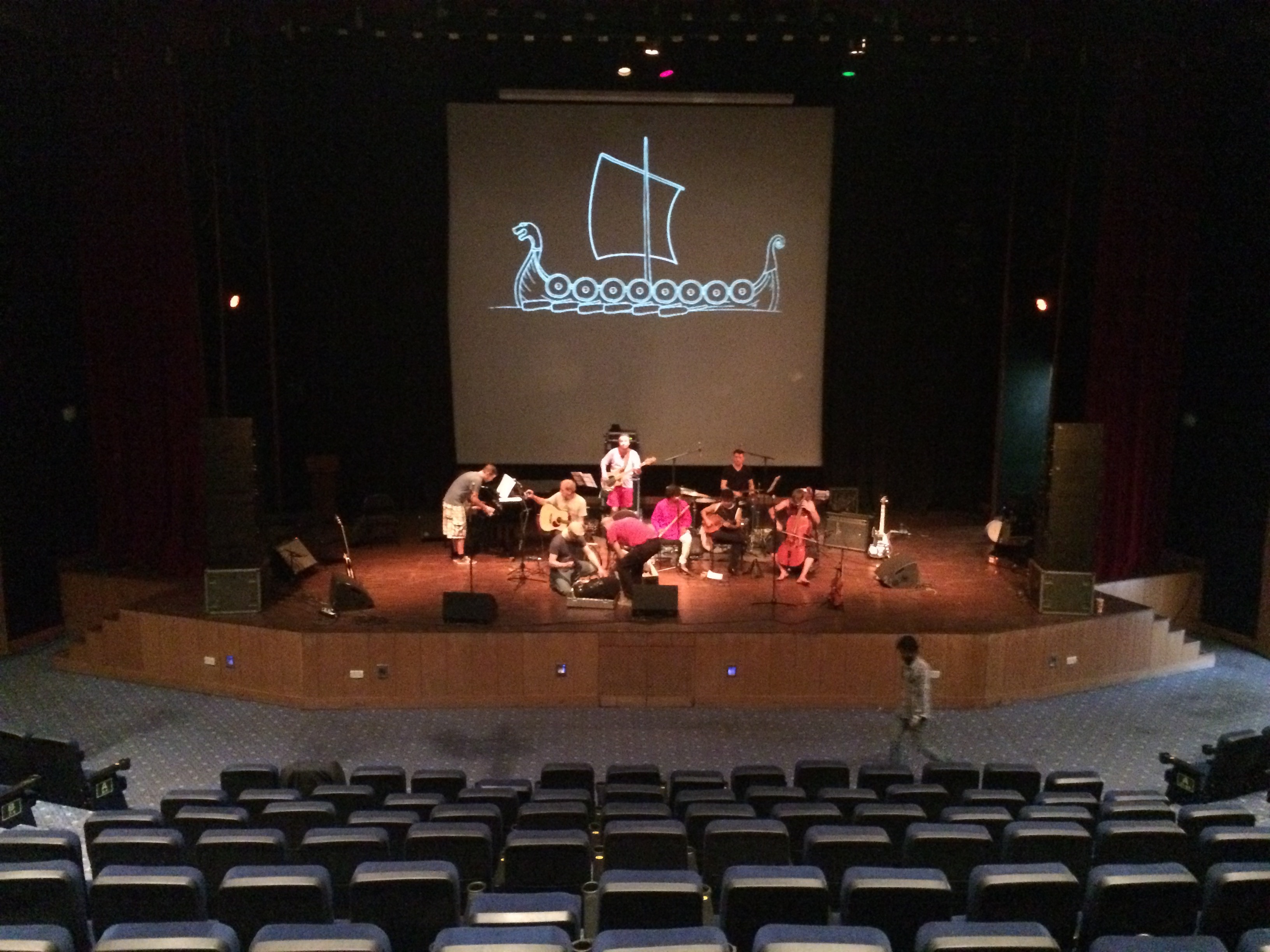